The Dark Side of Lonesome – Edgar Loudermilk 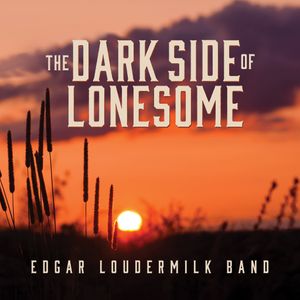 Edgar Loudermilk first made his name in bluegrass as a reliable, rock-solid bass player in a series of well-known groups – Rhonda Vincent & the Rage, Marty Raybon & Full Circle, Russell Moore & IIIrd Tyme Out. More recently, however, he’s stepped out into the spotlight as a band leader, earning quite a bit of praise and radio play from 2019’s Lonesome Riverboat Blues, the first effort from the Edgar Loudermilk Band. Rural Rhythm has recently released a second album from the group, The Dark Side of Lonesome, and it quickly reminds listeners that Loudermilk isn’t just a bass player, but an all-around talent. I can confidently say this is Loudermilk’s best work yet.

Much of that has to do with the material he has put together here. A majority of the tracks include Loudermilk as a writer, and he shows off a nice range that moves out a bit from cabins, coal mining, and other stereotypical bluegrass topics. One of my favorites is I’m Going Home, a cleverly-worded kiss-off number with a bouncy arrangement reminiscent of early Flatt & Scruggs, penned by Loudermilk and the group’s mandolin player, Zack Autry. The singer, tired of being used by a woman who’s only ever around when she needs something from him, finally decides to put his foot down: “You stood me up tonight so I’ll just tell you on the phone, the game comes on at eight, I’m going home.” Another strong song about a no-good woman is I’ll Put the Blame On You, which Loudermilk wrote with Scott Mehaffey. Curtis Bumgarner’s driving banjo guides the fast-paced song (it clocks in at under two minutes), and Michael Cleveland adds some spicy fiddling.

On the more contemporary side of things is another Loudermilk and Autry collaboration, The Deal That Won’t Go Down. It’s a brooding, contemplative song about a man looking back on his past. Bumgarner completely switches gears here, showing his range with a more progressive style, setting a rolling rhythm that fits well with the singer’s tale of running from his troubles. A Place to Call Home has a more modern sound, as well, but with a much brighter feel. From Loudermilk, Autry, and guitarist Clint Coker, it’s a fitting closing track that finds a rambler making his way home. Smooth guitar from Coker and strong dobro from guest Jeff Partin help set off the uplifting lyrics.

Autry takes on lead vocals for The Queen of Laramie, which he co-wrote with Tim Stafford. Some of Stafford’s best songs are his historical tales of the Old West, and this is no different. The lyrics paint a vivid picture of a young woman making her way in a new world – “just a girl who went astray chasing dreams.” It’s a lovely, folk-tinged number that will have listeners hitting rewind to catch lyrical nuances. Also featuring lead vocals from Autry is the fine traditional Gospel number, Just for Me. It’s a stirring rendition of an old hymn with nice harmony vocals from Loudermilk.

The Dark Side of Lonesome is a thoroughly enjoyable album with a little bit of something for everyone. From driving traditional grass to brighter, more contemporary sounds, Loudermilk has added just enough variety to keep listeners interested and entertained. This is a solid, well-put together album, with an extremely strong band, that should catch the attention of radio programmers and festival fans alike. 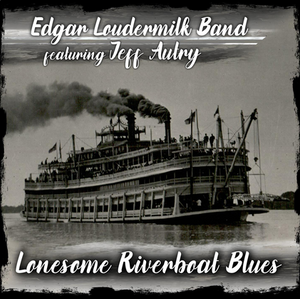 Edgar Loudermilk explains. “I had this idea while we were at IBMA a few years ago, and started the song while staying with a friend in Raleigh. We ended up finishing it about a year later in Reno Nevada while doing a west coast tour. We wrote the song around the idea of growing up on an old time Riverboat; we all love John Hartford and had been listening to him and how he sang about the Riverboats, so we decided we wanted to write our own Riverboat song. When we all got together on this one it came to life , it has a kinda stick in your head melody figure throughout the song that makes folks wanna dance !”.

This is a homecoming for Loudermilk who was with Russell Moore & IIIrd Tyme Out on their two highly successful albums for Rural Rhythm Records.

“We are so excited, and grateful to be reunited with Rural Rhythm Records!  It feels good to come back home to where a lot of great records I have been a part of all started. I’ve been friends with Sammy 3 for many years, and called to catch up with him, and started discussing the new record we were working on. Our discussions felt as though we have been there all along, and just had the right vibe. I knew we wanted to be back with our family at Rural Rhythm Records!  We are looking forward to what the future holds here!” – Edgar Loudermilk

The album is available from the band or wherever digital downloads are available including iTunes , Amazon and for streaming on Spotify and Pandora.

Edgar Loudermilk comes from a long line of celebrated Bluegrass musicians including his father, grandfather and famous relatives The Louvin Brothers.  At age 20 he joined Carolina Crossfire who had quite a following in the Georgia area.  In 2001 he performed with Rhonda Vincent for almost a year before moving over to one of the greatest voices in Country Music Marty Raybon.  Loudermilk became the bass player and tenor singer in the newly formed group Full Circle and would back up Marty Raybon for almost five years.

When Ray Deaton left IIIrd Tyme Out  Loudermilk became the newest member in 2007.  "I really love the music of this band," stated Loudermilk.  "Singing with Russell Moore is the compliment of my life because I don't believe there's a better singer anywhere."

In addition to touring and performing, Edgar Loudermilk has had great success as a songwriter, with over 50 self-penned songs, many of which have been recorded by other artists.   In 2017 Edgar's self-penned song, "Can't Live Live," was recorded by Rhonda Vincent & Daryle Singletary as part of their American Grandstand album--that album debuted at #1 on the Billboard Bluegrass Chart, and in July of 2017, it was on Billboard's Top 10 of Top Current Country Albums, as well as No.1 on Billboard’s Heatseekers Album Chart for the week of July 29, 2017.  The album went on to be #1 on Splice Today's Top 10 Country Albums of 2017.

Loudermilk's solo album, Roads Travelled, showcased his vocal talents and his solid bass playing, but also his songwriting skills, having written or co-written all 12 tracks on the project.  In 2013 Loudermilk released, My Big Chance Tomorrow writting all the songs on the album. The album appeared on numerous radio charts and also appeared on the Roots Music Report’s Top 100 Bluegrass Albums of 2014 chart.  In November 2013, Edgar joined Dave Adkins to form the new duo, Adkins & Loudermilk.  Their March 2015 debut album  hit numerous album and singles charts including the single "Georgia Mountain Man" which Loudermilk wrote about his grandfather.

On this album, the highly regarded Jeff Autry performs.  Jeff is one of the most talented guitarist of our time performing and recording with many of the bluegrass legends including Sam Bush, The Lynn Morris Band, Vassar Clements, Ricky Skaggs, Peter Rowan and the John Cowan Band.  Jeff Autry's  recording credits include the award-winning instrumental series Bluegrass 96 through Bluegrass 2001, his own solo album, Leftover Salmon mandolinist Drew Emmett’s solo album, as well as the John Cowan Band’s "Always Take Me Back,""New Tattoo," "Comfort And Joy," and "The Massenberg Sessions."

Edgar and the band perform throughout the United States and Canada. 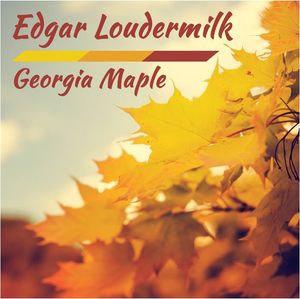 To many bluegrass fans, Edgar Loudermilk is likely best known for his solid bass skills, particularly thanks to his long tenure with bluegrass favorites IIIrd Tyme Out. However, over the past few years, Loudermilk has begun to come into his own as a vocalist and as a solo artist, releasing two popular albums in 2013 – the solo effort My Big Chance Tomorrow, and a duo project with Dave Adkins under the name Adkins & Loudermilk. This year, he’s officially struck out on his own with the Edgar Loudermilk Band, featuring Jeff Autry. In July, Pinecastle Records released Loudermilk’s newest solo album (featuring the members of his band), Georgia Maple.

Of the twelve songs here, Loudermilk wrote or co-wrote eight. Several of the best reflect on home, memories, and growing up. The opening track, My Kentucky Home, is one of the album’s strongest, with a catchy melody and the familiar bluegrass tale of a man who realizes leaving home wasn’t the best decision he ever made. It has a good modern traditional sound, with Zack Autry’s mandolin particularly standing out. My Home in Caroline, written by Loudermilk and Autry along with the other two regular band members (guitarist Jeff Autry and dobro player Glen Crain), pulls together several popular bluegrass themes, as well. The singer has made a few mistakes – leaving the girl behind, rambling and gambling and so on – but now he’s trying to make things right.

The title track is another ‘home” song from Loudermilk’s pen, this time co-written with Scott Mehaffey. It’s a well-written, mid-tempo number that uses a long-standing maple tree as a touchpoint for the many life events that have taken place on the singer’s family farm. From commonplace things like plowing to more momentous occasions like the song’s narrator building a house to begin a family of his own, the maple tree has seen it all – “just like you, I have ground now of my own,” Loudermilk sings. Also well-written is Dreaming Enough to Get Me By. Written by Tony Ramey, the song will likely speak to many listeners. The singer tells of days spent “chasing bill after bill, running two steps behind” but shares that he allows himself just a little room to dream so that he doesn’t lose hope in a better future.

On the more upbeat, traditional bluegrass side of things is Trains Can’t Turn Around, co-written by Loudermilk and Trey Ward. The song’s pace is set by a banjo kick-off from guest Chris Wade, and Crain’s dobro adds an extra bluesy kick to the number. Even bluesier is the (aptly-titled) Blues Ain’t Coming Through My Door, a contribution from Loudermilk and former IIIrd Tyme Out bandmate Wayne Benson. Crain and Jeff Autry work well here together to create a nice groove, supporting Loudermilk as he declares that he’s through letting heartbreak get him down.

A pair of covers also stand out.Harvest of My Heart has a bit of a different feel from the rest of the album. Many of the versions of this song I’ve heard have featured a higher lead, but Loudermilk’s arrangement works very well. He fills the lyrics with emotion as he shares the story of a farmer who tries hard to put his family and beloved wife first in all he does. On the album, it’s followed by Bob McDill’s It Must Be Love, which Don Williams took to number one on the country charts in 1979. Following in Williams’s footsteps, Loudermilk takes a simple approach to the song, with plainspoken phrasing and stripped down, gentle instrumentation guided by Jeff Autry’s guitar. Fans of the song should enjoy this version, which actually sticks fairly close to the original.

Loudermilk has a distinctive voice in bluegrass music, and he uses it to nice effect on many songs here, especially when he’s called upon to fill his vocals with passion, such as on Harvest of My Heart. The musicians in his band are all well-respected in bluegrass circles, and the country-tinged, modern traditional grass they create here is enjoyable. Though Wade is not a regular member of the band, his banjo playing fits well with the group’s style and helps add a stronger bluegrass feel to several of the songs. Fans of Loudermilk’s previous solo work should enjoy Georgia Maple.

For more information on Edgar Loudermilk, visit his website at www.edgarloudermilk.com. His new album is available from several online music retailers.